America’s growing obsession with beauty is bolstering a rapid rise in cosmetic procedures. Nearly $14 billion was spent on these procedures last year, the most since this data began being recorded in 1997, according to a new report from the American Society for Aesthetic Plastic Surgery.

Related: Why Plastic Surgery Is No Quick Fix for Getting a Job

Making your behind look like J.Lo’s, otherwise known as buttock implants, are currently the fastest growing type of cosmetic surgery. Too rare to be tracked in 2000, there were 20,713 procedures in 2015.

Liposuction is the most common cosmetic procedure, performed nearly 400,000 times last year, up 16 percent from the year before and 124 percent from 1997. Americans spent just under $1.3 billion on liposuction in 2015, with each individual procedure costing an average of $3,176.

Botox injections, which have ranked as the top nonsurgical procedure since 2000, were performed 4.2 million times last year. Collagen and other fillers came in second among non-surgical procedures, with chemical peels, laser hair removal and microdermabrasion right behind.

For the first time, data for different kinds of fat grafting was available for 2015. Fat transfers to the face ranked as the ninth most popular surgical procedure, with 48,059 procedures conducted.

Take a look at the top 5 cosmetic surgeries for women and men: 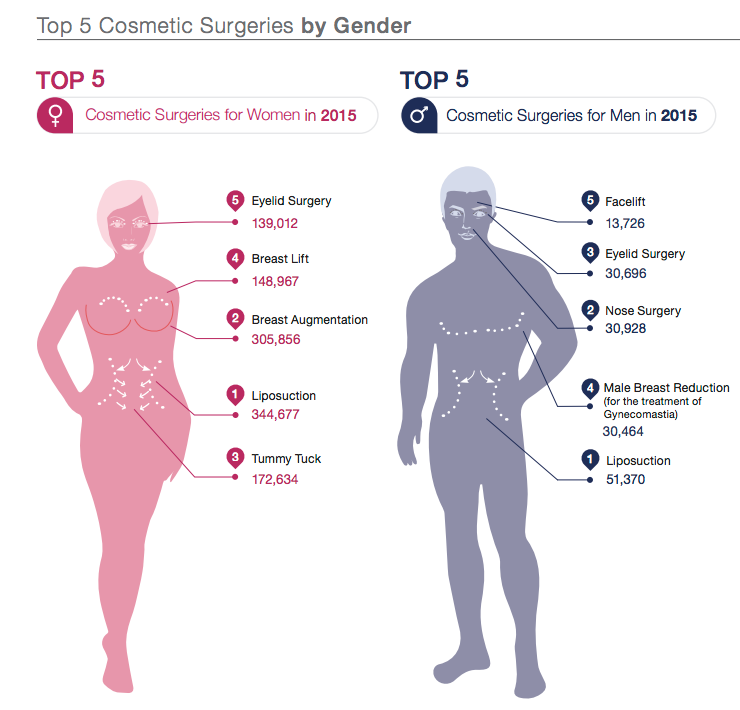 This website uses cookies to improve your experience while you navigate through the website. Out of these cookies, the cookies that are categorized as necessary are stored on your browser as they are essential for the working of basic functionalities of the website. We also use third-party cookies that help us analyze and understand how you use this website. These cookies will be stored in your browser only with your consent. You also have the option to opt-out of these cookies. But opting out of some of these cookies may have an effect on your browsing experience.
Necessary Immer aktiviert
Necessary cookies are absolutely essential for the website to function properly. This category only includes cookies that ensures basic functionalities and security features of the website. These cookies do not store any personal information.
Non-necessary
Any cookies that may not be particularly necessary for the website to function and is used specifically to collect user personal data via analytics, ads, other embedded contents are termed as non-necessary cookies. It is mandatory to procure user consent prior to running these cookies on your website.
SAVE & ACCEPT
Fotona 4D Multi-ModalityÄstethische Medizin, Blog, Clinical Studies 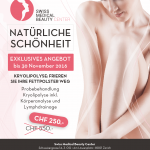